Periodontitis or Periodontal Disease is gum and bone infection that is caused by the build-up of bacteria around your teeth above and below the gumline. This accumulation of bacteria in the form of plaque (soft) or tartar (hard stone like material) causes your body’s immune system to attack your gums and bone, leading to inflammation of your gums and alveolar bone dissolving away. Usually the progression of periodontal disease is painless until the severe stage.

Treatment for periodontal disease will depend on the severity of the disease. Often times people with early to moderate periodontal disease will be able to treat this disease at Dr. Tang’s office without surgery and or more extensive treatment. However, if there is an alveolar bone loss, this bone will not regenerate. Usually, treatment is aimed at reducing the bacteria causing the disease to make the gums healthier and keep the periodontal disease from progressing. This involves having Dr. Tang or his hygienist perform a deep cleaning, flossing twice per day, improving brushing effectiveness, and having more frequent professional dental cleanings. 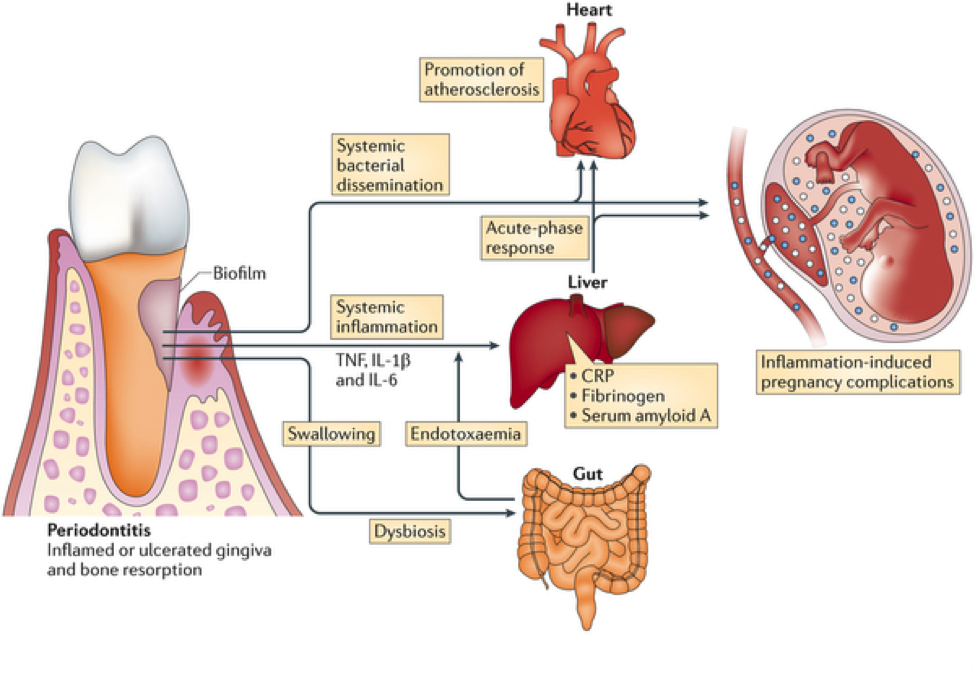 It is hypothesized that bacteria and inflammatory mediators from the gums of a person with moderate to severe periodontal disease enters their blood stream, causing chronic inflammation in other parts of their body. This is another reason periodontal disease should be treated even it doesn’t hurt yet!